Vegan Puttanesca Cauliflower is a flavorful one-pot meal featuring olives, capers, and tomatoes. It’s quick to make in under an hour.

Puttanesca is one of my favorite pasta sauces.

You may have tried it in restaurants or made my Instant Pot Pasta Puttanesca.

However, it traditionally contains anchovies, which is why it’s not typically vegan.

But with both capers and olives, vegan puttanesca has a briny flavor without the little fish.

And the supposed origins of this savory sauce are quite interesting.

I recommend reading the article The Sordid Story of Puttanesca, The Prostitute Pasta Sauce.

No matter how this “lady of the night” aromatic sauce came into existence, I think you’ll agree it’s wonderful on both spaghetti and in this cauliflower skillet meal.

Cauliflower pairs wonderfully with a wide variety of sauces including vegan puttanesca.

This cruciferous vegetable is not only high in fiber plus many vitamins and minerals, it also makes a great substitute for meat since it contains small amounts of omega 3s.

It’s delicious as a main dish in Roasted Cauliflower Steaks with Chimichurri and Buffalo Cauliflower Bites Salad where it stands in for beef and chicken, respectively.

And since I’ve seen puttanesca sauce served on chicken, I figured, why not try it with cauliflower?

For preparing the cauliflower in this recipe, I first separate it into florets, then brown them on each side in a skillet.

They will still be raw on the inside at this point, but they will continue cooking later in the vegan puttanesca sauce.

We only need a few basic ingredients that are easily found at any supermarket:

In the same skillet I browned the cauliflower florets in, I heat a little olive oil, then saute some minced garlic.

Next I add the whole tomatoes and their juice and the red pepper flakes.

I like to use a wooden spoon to break up the tomatoes as they start to simmer.

Then I add in the roughly chopped olives and the capers and allow the sauce to simmer for about 10 minutes.

Finally the cauliflower is returned to the skillet so it can simmer in the vegan puttanesca sauce.

At this point, our one-pot meal is almost ready.

While I’m waiting, I like to make a green salad or toast up some sliced baguette to dip in the sauce.

Once the cauliflower is tender when pierced with a fork and the vegan puttanesca sauce has thickened, I add some torn fresh oregano and a little salt and pepper.

And what I love about skillet meals like this one is there’s no need to transfer the food to a serving plate.

I think it looks perfectly elegant served in the pan garnished with some extra oregano if I want to make it fancy.

Vegan Puttanesca Cauliflower is wonderful on both weeknights and for special occasions and romantic dinners.

Serve with toasted baguette slices, if desired. Leftovers can be reheated in the oven or microwave.

As a Certified Vegan Nutrition Health Coach, my passion is creating vegan Mediterranean diet recipes to inspire everyone to choose plant-based meals more often. At Veggies Save The Day you’ll find simple delicious recipes that are easy to make any night of the week. 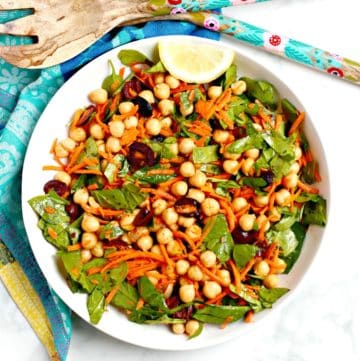 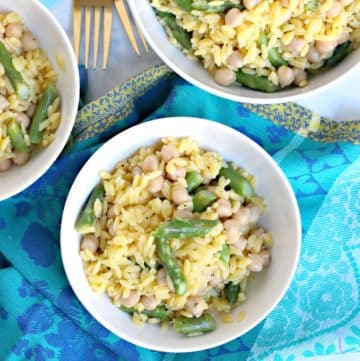 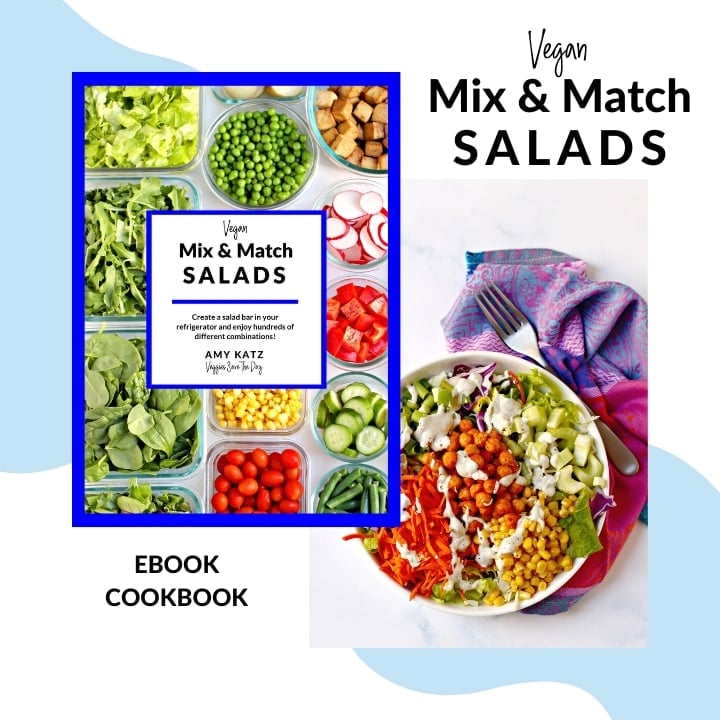 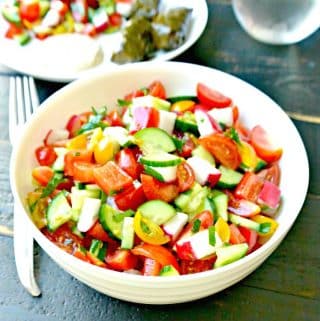